Mass Soil Mixing (MSM) is a specialised technique used to improve soft soils and loose sands, as well as fill materials. The technique is very flexible and can be used over water and on land. The MSM method is predominantly used to control settlement, improve stability of soils and provide temporary working platforms.

It is a cost-effective method of improving soft dry / wet clays and mud deposits including dredged material by mechanically blending a dry or wet cement binder with the soil. The MSM method can also be used to neutralise and contain contaminated soils by mixing in an agent or chemical powder. 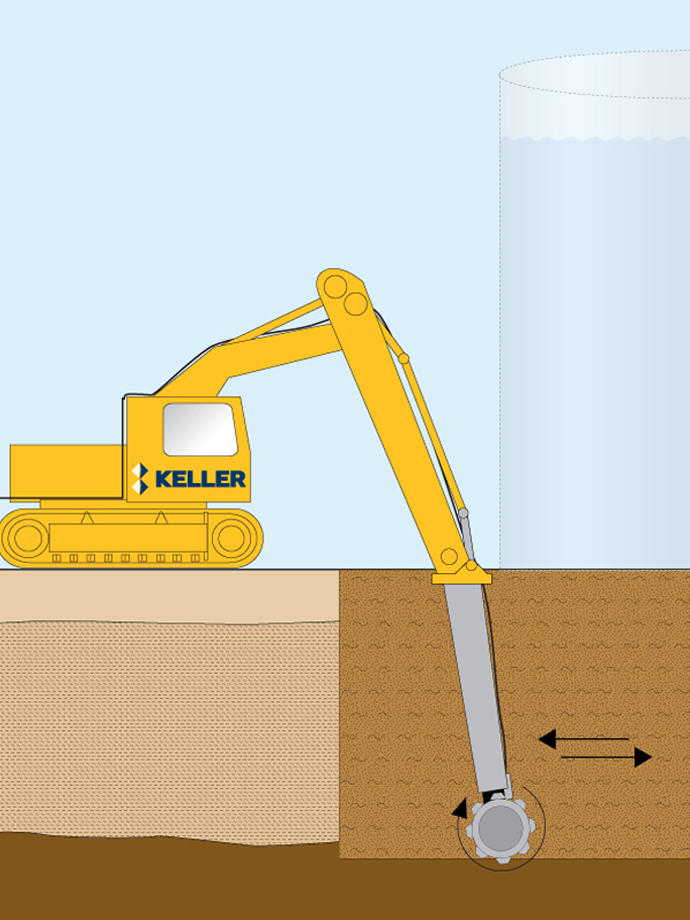 The mass soil mixing process is typically constructed in pre-defined ‘cells’ in the order of 4m x 4m in plan area. Commonly the cells are mixed adjacent to others to form a 100% mass stabilised zone, all with a designed strength and stiffness.

Soils vary widely in their ability to be mixed, depending on the soil type, strength, water content, plasticity, stratigraphy, and texture. Organic soil and peats can often be stabilised, but laboratory testing is always recommended prior to design.

Treatment is possible to depths up to 5m to 6m.

Large obstructions are pre-excavated to remove ahead of the soil mixing process.

Pre-production laboratory testing is used to determine the mix methodology, energy and binder content. Keller has developed proprietary equipment and software for the real-time control and monitoring of mixing parameters during the mixing process. Samples are taken during production and cured in a controlled environment for testing.