Read about Keller providing a value-engineered conforming design solution for a facility being built on an embankment pad. 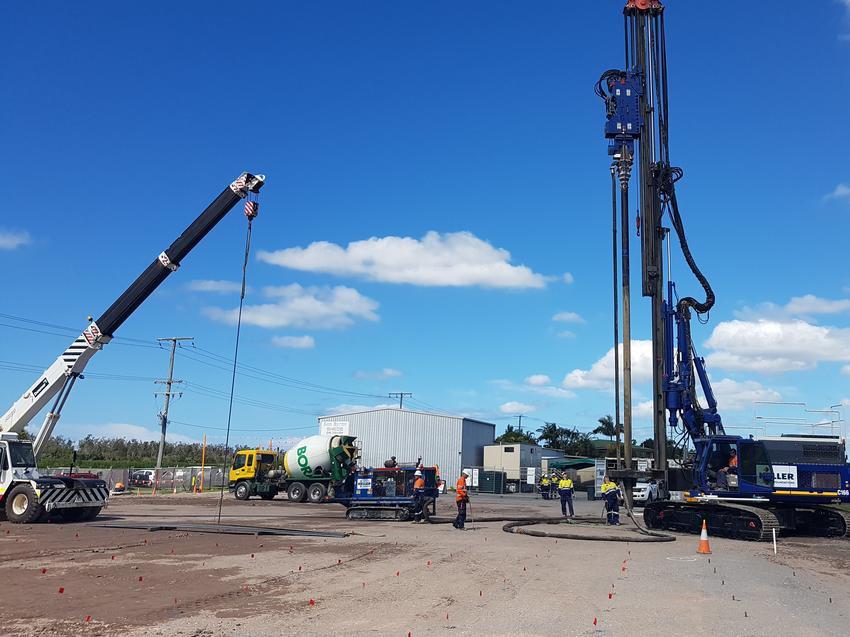 As part of the 15MW Sunshine Coast Solar Farm project, new support facilities needed to be built on an embankment pad supported by a ground-improvement foundation solution. The concept design referred to installation of wick drains and surcharge of the soft ground beneath the pad, which would require a six-month consolidation period.

The planned facility was positioned on a 2m embankment on top of a soft clay layer. These conditions meant that rather than deep piles the most cost-effective solution was likely to be ground improvement designed to reduce total post construction settlement to less than 45mm as well as address differential settlements and slope stability.

Keller proposed a design and build Rigid Inclusion solution using 9m deep columns under the entire footprint area of the embankment and building layout. Due to potential instability of the embankment toe, full depth reinforcement was used for the outer two rows of columns. The project also involved designing the Load Transfer Platform, used to transfer the load from the structure and embankment into the rigid inclusions, which was constructed by Downer.